In Britain We Are Not All There

Something is missing in Britain, God.
....and I'm not talking about their dead state religion, JESUS is no longer welcomed but the god of global terrorism is. Just don't tell the truth about Islam, it's violent nature and cover up for it's crimes against humanity as often as needed.

The darkness has rolled in and the fools who lead this once great nation go out of their way to cover up for it's terrorism.

What you now see is the New Britain, one which has turned away from it's once solid Judaeo- Christian moorings, to a godless and wicked nation led by fools and sliding down, down, down to hell.


An 18-year-old man is also being held on suspicion of a terror offence over the Parsons Green explosion.
We can not tell you his name or the name of the other "person" because that would reveal incompetence at the highest level of the British Government and we don't want to do that.

Home Secretary Amber Rudd told the BBC that the second arrest suggests the attacker was not "a lone wolf", and as you know we are not permitted to identify the Muslim terrorists as Muslim or followers of Islam. We are insane with our desire to protect those out to destroy us. 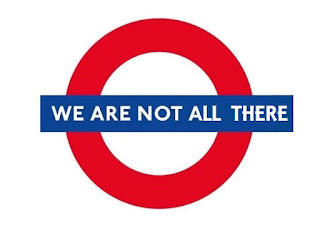 Speaking to the Andrew Marr Show, Ms Rudd said there was "no evidence" to suggest so-called Islamic State were behind the attack and we will make sure that that evidence never gets out.

"But as this unfolds and as we do our pithy, cover- up investigations, we will make sure we find out how he was radicalised if we can, but we can't and we wont" she said.

She added that US President Donald Trump's suggestion that the terrorist behind the attack was "in the sights of Scotland Yard" was "pure speculation, and we want to keep it there as the truth would embarrass all of us".

arrested at Dover over bucket bomb TWO WEEKS AGO but let him go, say neighbours - as officers finally raid home of MBE foster couple who took him in

Whenever they leave out the name of attackers and immediately use the 'mental problem'  diversion you have to wonder what are they really trying to hide ?

In France they have learned that the craft of lying is easy and less costly than the truth.
It's no big deal to endanger tourists with deception, lies and their insane Islamic immigration than to tell the truth and risk endangering their lucrative touri$m industry.


The U.S., Following the footsteps to hell of no longer Great Britain

In America, President Trump has surrendered,  capitulated to the globalists who love totalitarian Islam and it's terrorism. It helps them lay the groundwork for their world wide police state.

What You Can’t Say Anymore: In US Gov’t

A top official at the National Security Council (NSC) was fired for a memo he wrote warning about the dangers of radical Islam and its alliance with the radical left.

The Islamic Army Fighting in Syria,

Lebanon based Hezbollah, Pakistani Afghanistan and Iranian, all under Mother Russia.

Syrian troops along with fighters from Hezbollah, Afghanistan’s Fatimiyoun, Pakistan’s Zeinabiyoun and Iranian fighters will take part in the offensive that aims to reach the Syrian border town of Boukamal that is a main stronghold of Isis.
“The aim is to clear this wide and strategic area from the filth of Daesh fighters,” the commander said using an Arabic acronym to refer to Isis.

We are much closer to the day when the armies of Islam and mother Russia become bird food upon the mountains of Israel.

Prophecy about Gog and Future Invasion of Israel

Trouble in the American Heartland

2nd night of violence in St. Louis after ex-cop acquitted

He said, "Remember this, Dumitru. The Russian spies have discovered where the nuclear warehouses are in America. When the Americans will think that it is peace and safety - from the middle of the country, some of the people will start fighting against the government. The government will be busy with internal problems. Then from the ocean, from Cuba, Nicaragua, Mexico,,.." (He told me two other countries, but I didn't remember what they were.) "...they will bomb the nuclear warehouses. When they explode, America will burn!"

THE MESSAGE FOR AMERICA

Given on September of 1984 -  THIRTY THREE years ago

We will keep our well trained radical Islamic Hamas terrorist army in full force, UNITED with Fatah army in order to attack Israel at the proper time.
All of this Palestinian unity is to deceive the naive Jews who easily fall for our lies.

Posted by Marcel Cousineau at 7:38 AM
Email ThisBlogThis!Share to TwitterShare to FacebookShare to Pinterest