WHERE ARE THE MEN ?


Caroline Glick shut down the debate with this bombshell speech 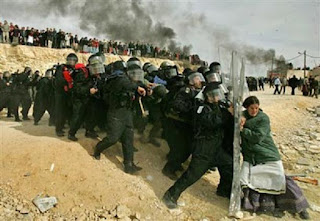 Israel's government is so perverse it will not even allow fellow Jews to pray on the Temple Mount. They are arrested by their own police for daring to pray to God in Judaism's most holy place. It is beyond twisted and sick, it is wickedness! 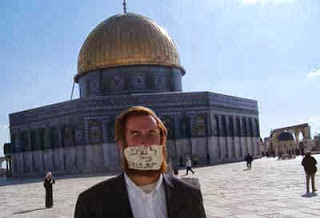 In submission and appeasement to evil forces beyond what Neville Chamberlain did with Adolph Hitler and the Third Reich, the fearful government has surrendered to evil, and for this there will be no peace for Israel !
Appeasement is always a doomed to fail policy of cowards and spineless leaders. 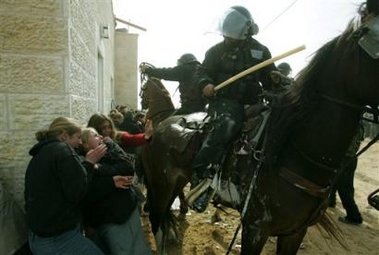 The men are on horseback attacking the faithful Jews in the land of Israel !


Israel suffers under the perverted leadership of fellow Jews who like all politicians have sold them out to serve the false gods their hearts chase after to please and worship, USAUNEU.

It's not that they can't stand up to the evil, it's that they don't have the faith in the God of Abraham that will give them a backbone to rely on the LORD.


Weak and double minded Israeli politicians rely on the false peace schemes of the idol worshiping, godless and perverted nations, because their "small god" is much weaker than the idols of the nations.


This is how Netanyahu and his ilk blaspheme the name of the God of Abraham, Issac and Jacob daily.


Israel keeps electing slick,empty suit, speech makers and corrupt men who ALWAYS prove in the end that they are prostitutes to the corrupt and evil world system, while men of faith are attacked and destroyed by Israel's very own twisted and perverted media. So they do evil against those obedient to God to build up Zion to win points from their ever lying pimp gods.

These wicked leaders go so far against the Holy One of Israel that they abuse their own people who are obedient to God's COMMAND to rebuild Zion.

They do great evil against am yisrael in order to gain the acceptance of their evil and wicked gods and idols in Washington, Brussels and the UN sodomites and perverts in NYC.

***
I do not believe God will put up with this kind of Israeli leadership much longer.
A major shaking is coming to Israel, so do not be surprised when it arrives.
Posted by Marcel Cousineau at 7:53 AM
Email ThisBlogThis!Share to TwitterShare to FacebookShare to Pinterest

Thank-you for the video Marcel :)

Powerfully stated and passionately true . There's war being waged against the woman and the remnant of her seed . Those of us that are truly born from above know this battle is about to intensify. Let's make sure we're waiting on the Lord for the marching orders and the obedience to His Call. It's intense !

Don't know if you recall this , but pray that it will connect some dots. http://www.breakingisraelnews.com/15636/pope-ascends-temple-mount-last-day-israel/#I53jLhoEP2UGUXOp.97


Revelation 12:17 And the dragon was wroth with the woman, and went to make war with the remnant of her seed, which keep the commandments of God, and have the testimony of Jesus Christ.

Luke 21 : 20 And when ye shall see Jerusalem compassed with armies, then know that the desolation thereof is nigh.

22 For these be the days of vengeance, that all things which are written may be fulfilled.

Mark 13:14 But when ye shall see the abomination of desolation, spoken of by Daniel the prophet, standing where it ought not, (let him that readeth understand,) then let them that be in Judaea flee to the mountains:

Luke 21 : 20 And when ye shall see Jerusalem compassed with armies, then know that the desolation thereof is nigh.

22 For these be the days of vengeance, that all things which are written may be fulfilled.

WOW, I got some goosebumps, I just read that this morning and I do trust the Lord to lead me as to where to read first thing of the day !

Talk about a confirmation between 2 witnesses !

What's your point Marcel? You expect Israel to behave as if already converted? That days coming soon Praise the Lord. The blessing or curse is still in effect.

Doing the wrong thing like so many "converted" US politicians
is so much easier to do and less costly.
No skin off the backs of the double minded "converted" hypocrites, if you get the point ?

What does converted have to do with this ?

Doing the right thing, isn't that something you want your pagan, unconverted friends to do .... instead of the wrong thing ?

Rick and Marcel, you both make good points, IMHO.
Rick: Even the unregenerate know the difference between good and evil. But they don't have the fear of the LORD or the Spirit to guide and empower them.
Marcel: Yes, the unregenerate can do the right thing. But it's no credit to them. All their righteousnesses are "as filthy rags". To be honest, I don't know if it's easier or harder to do the right thing from the flesh or from the Spirit. To do it from the flesh invites Pride, the most original of sins. That's quite a motivation, and the do-gooder can become very, VERY hardened to the Spirit, and almost impossible to reach. On the other hand, to do it from the Spirit requires humility, which the flesh wars furiously against. (Gal. 5:17)

very good points.
It's just more proof that apart from Jesus and his intervention into our lives, we are hopeless and hopelessly lost.
All praise to KING YESHUA !!!