Oblivion - the state of being destroyed

Pastor Ken G. at the church I went to near Orlando in the mid 90's` was from the hills of Eastern Kentucky.
God gave him sound wisdom which is so opposite of all the political correctness garbage that has corrupted this now insane land.
One thing he said that I'll always remember ;


"The Lottery is the Government's tax on stupidity"


So true! Look at all the dumb sheep lining up, even God's own people.

There is an over abundance of this 'stupidity' in the land like never before in it's history.
Forget about evolution, America has devolved.
The time has come for melting of the people - Ezekiel 22:17-22

As it says in Romans chapter 1 - Professing themselves to be wise, they became fool's
No doubt America has arrived. Look around, the land of fools.

The wisdom of man is crap because it is in direct rebellion against God the Creator.

Back in the early 70's when I began serving the Lord again after some years of backsliding many false teachers and blind guides came around to confuse me and try to lead me in the wrong direction.

I prayed for the Lord to lead me and He has been faithful to do that always since then.

Trust in the Lord with all your heart And do not lean on your own understanding.
In all your ways acknowledge Him, And He will make your paths straight.
Do not be wise in your own eyes; Fear the Lord and turn away from evil.
It will be healing to your body And refreshment to your bones.
Proverbs 3

God is well aware that our minds are bent towards stupidity and that is why He tell's us not to lean on our understanding, have no confidence in our limited wisdom.
He see's much better that us, it's wise to trust Him.
He's been around the block a few more times than we have.
I look around today and see how well the Orwellian government/ media have brainwashed the masses and taken them far away from seeking, knowing or serving God.
The wicked have outlawed God and made every imaginable evil legal.
That does not give this nation much time to survive, it's how empires are destroyed... every time.
Man is very stupid and does not learn from history.

The early settlers who came to America stole Manhattan from the Indians for a few trinkets.
I'm not even sure if the native American's got any blankets out of the deal ?

The same con job two hundred years later has stolen the soul of the nation with cheap shiny trinkets that keep the slaves busy and distracted.
TV has turned the nation into plus size walking dead, but that was the plan of the ruling elite all along.
By hook or crook, plenty of drugs, booze, zombie processed foods and whatever to kill the brain cells
It's much easier to take over and destroy a nation when they've been re-educated at government schools and under the watchful eye of mother propaganda strategically placed in everyone's living room and man cave.
Although the evil globalist have made great advances towards their goal of World Government, they're behind schedule and that's why 2016 will be fast and furious.
That's where they will make mistakes which brings me to a 'learning' incident that happened while I was happily serving my country in the Air Force in the 70's. 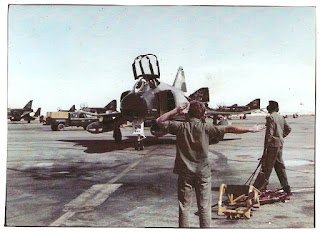 I was a Crew Chief on Fighter Jets, F4's, and you always, always go through preflight,safety checks before the pilot takes off.
It's the law, man !
Well this 1 time, only once in four years, a pilot was taking another pilot (WSO) who was new to the base out to acquaint him with the different bombing ranges.
The young, unseasoned, show off, cocky pilot didn't want to go through the mandatory preflight checks and shortly after they both died, the pilot flying the F-4 upside down into a raised mound at Mach speed.
Only small pieces were left, many engraved into that mound.

The 3 lesson I learned;


1.Overconfidence will kill you.

2. Be wise about who is driving when you get into a car or a plane.
Can you trust him or her with your life ?


The back seat pilot gave me a sad and strange look his last day on earth, as they both headed out to fly the blue skies of New Mexico. I'll never forget it.
It's almost like he knew he put his life in the hands of a jerk and couldn't bail out of the training mission.
The third lesson is one I see clearly for this day.

3.We have arrogant, overconfident, cocky leaders today who have turned the country upside down with their suicidal agenda.
The plane is certain to crash, no doubt about it.
We have to make sure we're not on board with him or their agenda, don't be a useful idiot.

Wherefore come out from among them, and be ye separate, saith the Lord, and touch not the unclean thing; and I will receive you.
2 Corinthians 6:17


We never know when our last day here will be, so I urge you to live for Jesus because in the end He is all that counts. Whatever this world has to offer it's extremely temporary and you won't take a thing with you when you leave it.

When the righteous are in authority, the people rejoice: but when the wicked beareth rule, the people mourn.
Proverbs 29:2


The extremely overconfident, arrogant and power hungry reprobates now in firm control only have a limited time frame to do their dirty deed,
We have now and eternity to serve the King of King's and we can count it all joy every day we are serving Him unlike those who settle for confusion and following their blind leader off the cliff.
Posted by Marcel Cousineau at 6:35 PM
Email ThisBlogThis!Share to TwitterShare to FacebookShare to Pinterest

" Be wise about who is driving when you get into a car or a plane.
Can you trust him or her with your life ?"


That's a powerful spiritual , visual illustration that you've just made there! Thank-you for that affirmation of John 8:44 as well Marcel :)

29 Shall I not visit for these things? saith the Lord:
shall not my soul be avenged on such a nation as this?
30 A wonderful and horrible thing is committed in the land;
31 the prophets prophesy falsely,
and the priests bear rule by their means;
and my people love to have it so:
and what will ye do in the end thereof?

Proverbs 28:10 Whoso causeth the righteous to go astray in an evil way, he shall fall himself into his own pit:

Truly sad how so many of God's people have grown accustomed to the wicked one and the wickedness in this land.

Interesting that you shared Jeremiah 5 with us.
I read Ezekiel 22 this morning which is a carbon copy.
Just change Israel to USA in verse 18
and look around 'christian' America!

It is sad to see that we've become what God calls an abomination. Thank you for writing what so few Americans want to even consider is the truth. If they looked honestly at what and who we are, they would collapse in tears, which is why they stay asleep.

I have a question about the caption under Mr. O's picture...what does POL stand for? Maybe I've missed it, but I'm curious. Also, are you staying in America, or have you left already? I know many Christians have left already.

Thank you and God Bless.

Truly the majority of Christian's in America are afraid to speak out, in denial or 501c3's who bow to the idol they serve above God.

As for leaving or staying, I'm waiting on the Lord to open a door, close a door.
I'd appreciate your prayers.

Marcel you said ,
" Interesting that you shared Jeremiah 5 with us.
I read Ezekiel 22 this morning which is a carbon copy.
Just change Israel to USA in verse 18
and look around 'christian' America!"

I'm mad at myself for not including Ezekiel 22 in my reply as I originally wanted too. I LOVE when the Lord does this. Love it !
His Word NEVER returns void. By the mouth of two witnesses.

The Lord is just showing us who is in control.
I'm joyful in that !

If you want to keep in touch please BOOKMARK Rebel Planet Dispatch to your favorites because feed burner no longer sends out notification emails to most subscribers.
Tell your friends and share this blog with others. Thanks !

Jordans King Abdullah Has it All Wrong

King Abdullah's bloody and oppressive religion is the reason there is no peace in the Middle East. Israel tried retreating and givin...