NO MERCY, NO COMPASSION


Will it lead to another war and another 2 Islamic countries (or more) in rubble and collapse like so many other Muslim countries now under God's judgment?

In fact the already wide divide within Islam has grown even wider.
How much bloodier can this Islam vs. Islam war get and how many other Islamic countries will they destroy as they've done in Somalia,Libya,Iraq, Syria, Yemen.
It looks like Saudi Arabia is next up on God's chopping block ?
John Little at Omega Shock makes a very good point that this destruction of Islam on itself is also coming to Turkey with the help of Russia and the Kurds.

And in that day I will seek to destroy all the nations that come against Jerusalem.
Zechariah 12:9


Looking around to Israel's Muslim neighbors destroying their countries and each other, it's EASY to see that  God's judgment on those who have been coming against Jerusalem since the Capitol of the Jews was returned into their hands in 1967 has ALREADY begun.
Satan and his minions (especially America) are still trying to reverse what God did in June of 67.
Europe and America are next on God's chopping block as we see both nations being over run
(by God's decree) under the misnomer 'refugees' the majority who happen to be long time enemies of Israel.
Now the US/EU/UN countries shall taste the Islamic terrorism that Israel has been facing for decades while being heavily restrained by them.
Payback for the hypocrite nations is on the way!


Khamenei is right for once, all of Israel's enemies are under divine judgment, Iran will not escape!

THERE IS NO MERCY AND NO COMPASSION WITH ISLAM


This event today is a very big and a very bad event for the Muslim world, the dispirited Muslim world sees there is no mercy within Islam, not even for it's own faithful religious leaders.
He did nothing worthy of death except pose a threat to Obama and Bush's gangster buddy thugs who rule the Saudi Kingdom. 46 other people were executed today in this inhumane nation.

Have you heard much outrage from world leaders or from the Saudi toe licker in the White House?

Can you imaging the world outrage and condemnation if Israel had executed even 1 Muslim terrorist worthy of the death sentence.

No, not much noise here from the damned to hell hypocrite nations who find it easier to pile on to little Israel.


The World is Upside Down

It's the biggest lie ever told since the 7th century... and so many have swallowed this lie.
Muslims around the world will tell us that the god they serve is;


'Most Merciful, Most Compassionate'

But if you take a look across the globe, the overwhelming evidence is the vert opposite, and on a yearly, weekly, daily and hourly basis. Why do western leader keep lying and hiding this fact ?
I know why.
------------------------------------
Today in Saudi Arabia the Sunni sect of Islam executed a Shiite religious leader, even after protests across the Islamic world for mercy.
Nope, no mercy, not one drop of mercy from one of America's closest allies, one that president Obama bowed to and President Bush received his Brown Nose Award from.
The reason the Saudi's executed this popular Shiite religious leader is because he was a threat to the totalitarian Saudi leaders and their corrupt rule.

Interesting how all of our President$ are so cozy with these evil regimes, isn't it ? 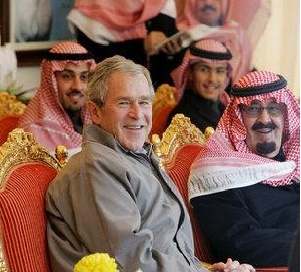 There is nothing but bloodshed and death in this religion, period. More Muslims are waking up to this ugly reality as they themselves suffer greatly under the sword of fellow Muslims who arrogantly see themselves as better followers of the false prophet and this demon god from hell.


Who can deny that God is judging Israel's old and very unmerciful enemies by turning them against one another with bloodthirsty cruelty!
Only a blind man.
Iran is threatening that fellow Muslim neighbor Saudi Arabia 'will pay a high price for it's actions'

Muslims in Kashmir and across the world are very angry and Hizballah in Lebanon called it and assassination while the Lebanese Shiite council called it a grave mistake.
God is paying Islam back for it's many wars of hate against Israel as you can see with this picture.
There are many, many, many, many 'grave mistakes' going on in Islam today which leads me to believe that the grave is not far off for this cursed and false religion.

sign up for important messages-top right
Posted by Marcel Cousineau at 3:40 PM
Email ThisBlogThis!Share to TwitterShare to FacebookShare to Pinterest

Thank you, pass it on!

May The :ORD GOD open the eyes of millions of muslims and help them to flee from the Islamic death cult, and flee to The SON of GOD for Light and Life.

This is the first site and article I have seen that has reported what I noticed a while back...Islam, indeed, perhaps inevitably, is turning on itself. All we have to do is get the US out of the Mideast...and get the Mideast out of the US.

Let it not be the first site ,but one of thousands.
Get the word out.
PASS THIS ON TO FRIENDS AND FAMILY ,to offset the lies of our leaders who have been telling us that Islam is a religion of peace.
As you can see, our leaders, all of them US,EU,UN are beyond any rational, good ability to do the right thing, they are a major part of the problem.

This God's judgment on all the nations for assuming to carve up Israel to the bloody death cult.
Read Zechariah 12:3 the cutting in pieces has already begun. Don't be a part of their anti-Israel evil SCHEME.

I get tired of all this Jew butt kissing by conservatives. Jews vote Democratic 80% of the time. They are conservative's arch enemy politically. It would be like some group like Japanese hating Democrats and using their power in the media to demonize Democrats, yet Democrats just love and praise Japanese over and over. It's just like that, only it's conservatives praising Jews even though most Jews hate conservatives.

yeah, you sound tired.
Not a word from you about the evil being perpetrated across the earth from the Muslims, BUT you do find time to come here and bash the Jews. SICK

I'm not sure if I should pray for you or if you are reprobate and God has already given you over to destruction?
I'll pray about it.

These are DEMONIC possessed WILD MEN. They should NEVER EVER be on your soil.

We already have enough of our own American, Demonic, wild men, don't we?

Yes, and his name is obama and her sidekick Valerie Jarrat (who really does remind me of a ferret). :)