They Expelled God From School And the Devil Walked In

In America the wicked expelled God from school and the devil walked in...
The violent video games, movies, culture, and out of control lawlessness with our godless youth make increasing violence in schools a certainty.

This school in Broward County (South Florida) is was one of the best schools where parents who wanted the best for their children moved into the district to get them enrolled.

Now it is a place of horrific bloodshed, death and fear. 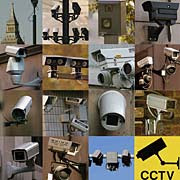 All the security, surveillance, and the best training can not replace the truth, the blessings, the presence and peace of God in our schools which was removed by an evil, godless, American system that now is incapable of stopping the bloodshed.


I'm not at all surprised by the violent nature of our schools in America where now fear of being murdered goes hand in hand with a perverse and godless education.

When I was going to school in South Florida we didn't have to worry about going to school and dying at the hands of a mass murderer like our children do today.
I don't have any doubts that we will see more evil in our schools because God has been removed and darkness has filled the void.


One evil person set in motion the removal of God and the Bible from America's schools, and they have never been the same ever since.

She created the first issues of American Atheist Magazine. O'Hair is best known for the Murray v. Curlett lawsuit, which led to a landmark Supreme Court ruling ending official Bible-reading in American public schools in 1963. That case came just one year after the Supreme Court prohibited officially sponsored prayer in schools in Engel v. Vitale.

Marjory Stoneman Douglas High School is one of the biggest schools in Broward County with about 3,000 students. 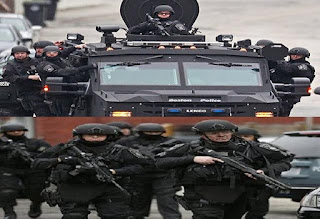 Hell opened up wide to greet this evil soul

My mother, brother and daughter were murdered by fellow atheists.
My mother was not just Madalyn Murray O’Hair, the atheist leader.
She was an evil person who led many to hell.

That is hard for me to say about my own mother but it is true.

America has rejected God & His blessings, and is now cursed.
America will never be great again, that is impossible.
Psalms 9:17 is America's future !

As for you, do not pray for this people, and do not lift up cry or prayer for them, and do not intercede with Me; for I do not hear you.

Jeremiah 7
Posted by Marcel Cousineau at 7:41 PM
Email ThisBlogThis!Share to TwitterShare to FacebookShare to Pinterest

Hi Marcel,
I have family members who live in Fort Lauderdale (Broward County), and a new niece who is looked on as as a super-human! At 7 months old, she is almost walking. talking and bossing those around her into submission. The sad thing is that her parents believe in an atheistic lifestyle, and now with a child less than one year old, they have reaped misery on their heads for not yielding to the way of the Lord, of which they have yet to see. I have tried numerous times to preach the Gospel to this gal, and she refuses with a fight to come under the authority of Jesus Christ. I am done with her loser explanations on how she does not believe in Jesus. You know Marcel….here is a gal that was raised Roman Catholic and veered off into a New Age mentality of worshipping the self made beliefs and all HER new age ways. Here is an example of the demi god Jude spoke of. I am sorry for my great niece, but I refuse any conversation because God has shown where it is too late! We are all responsible for what we have and when we begin to blame others for what we have/don’t have, that is the beginning of sorrow for many who refuse to see the error of their own selfishness vs leaning on the lasting arms of Christ. Today is a perfect example of the slothful ways of willful ignorance by many who are absent Floridian parents that allow juveniles to grow on their own into young beastly adults. Thank you Jude for spelling it out.

...let God be true, but every man a liar; as it is written, That thou mightest be justified in thy sayings, and mightest overcome when thou art judged.Romans 3:4

I heard a student at the school crying as she said, this is one of the safest schools in America, it wasn't supposed to happen here.
Truly no safe places left as we saw with the church shooting in texas and the Country music fest in Vegas.
It's everywhere, the new normal for reprobate America.

Those of us who preach the truth are not popular (despised, hated) with those who have chosen the religion of self, the way of death, sorrow and great misery.
I saw a pic this morning of the faces of grief which follows closely a nation that has turned away from God and His laws.

Suspect’s ‘disturbing’ social media posts being dissected
https://apnews.com/f2a6ca6b04394e24aacb8475bc50bfb9/Suspect's-'disturbing'-social-media-posts-being-dissected
(AP removed 'grief' pic and replaced it with murderer to jail video)
I hear the politicians and idiots who masquerade as experts saying 'we have to do something.'

You know that God is nowhere in their thoughts and they are spiritually blind, deaf and dumb headed for the deep ditch and hell.
I pity the fools who put their trust in fools who ignore the Creator.

lots of misery is on the way.
That is always the case when God is rejected and sinful people decide to be their own god.

joy has fled and misery grows in reprobate America.

Amen Marcel,
We have received the same message, "DO NOT PRAY FOR THIS PEOPLE ANY MORE, FOR I+ WILL NOT HEAR YOU."

America has CHOSEN this hell and death for themselves. Fools and blind.

As you said in the title, " They have expelled GOD from the schools" and have welcomed satan in with open arms! This is what America has chosen with its stinking arrogance and pride and REBELLION against GOD.

There can be NO national repentance for that would be unconstitutional!!! Anger would abound against that!

So America, continue your blasphemy and whoredom and mocking of GOD, but I will tell you this, GOD IS NOT MOCKED"

As you well stated above Marcel, There will be NO MAGA. It is over!

Christians, Get your children OUT of the public school indoctrination system. Do what you have to. Public ed programs your child for hell.

Mercy on the grieving family's.

Just before I read your comment the LORD gave me this scripture.

For they have sown the wind, and they shall reap the whirlwind
Hosea 8:7

America unlike Presidents 'answer prayer' message without repentance, and the false prophets false message, is reaping what it has planted for many decades.

It always amazes me how so called Christian parents sweat and toil to send their children to the devils brainwashing schools and universities.
Their minds are only on $ getting high paying jobs, and not on God and drawing closer to Him.
How blind and dead they are.
Then they cry to God when their children become perverts and pagans because of their stupidity.

Lots of grief and sorrow coming to God forsaking America, and it's only begun.

It's over as you wrote.

If fellow Christians do not see that, they either do not believe God and His word or they don't know it and are deceived by fables and strong delusion.

I's going to get worse and worse. God and his laws removed from schools. Also notice that we are becoming a ":Police State" God has removed his hedge of protection. Also millions of babies killed thru abortion. Marxists and communists all over government. Their first response is always gun control. School murderers stay in prison forever instead of being tried and executed. More money trails. Stick a fork in us ,America is done.

"joy has fled and misery grows in reprobate America."
There is nothing new under the sun...

Here is a quote by Abraham Lincoln, the 16th president of the United States:

“At what point shall we expect the approach of danger? By what means shall we fortify against it? Shall we expect some transatlantic military giant, to step the Ocean, and crush us at a blow? Never! All the armies of Europe, Asia and Africa combined, with all the treasure of the earth (our own excepted) in their military chest; with a Bonaparte for a commander, could not by force, take a drink from the Ohio, or make a track on the Blue Ridge, in a trial of a thousand years. At what point, then, is the approach of danger to be expected? I answer, if it ever reach us it must spring up amongst us. IT CANNOT COME FROM ABROAD (It cannot come from Abroad = God wills what will happen here in the US). If destruction be our lot, we must ourselves be its author and finisher. As a nation of freemen, we must live through all time, or die by suicide.” — Address Before the Young Men’s Lyceum, of Springfield, Illinois, January 27, 1838.

US = vessels of wrath for God alone plan.

Thanks Joanne,
A humble and wise man who understood the evil nature of man when he is not anchored with God.

The proud fools are all out now with their godless solutions to the evil they have brought to pass with their perverted and failed ways.

Marxists and communists all over government. and an impotent and worthless Republican party which failed to stop Obama when they had 101 opportunities.
The vain fools talk about building a wall when it is 30 years too late.
Same goes for this MAGA delusion.
We failed to stop the atheists and communists from removing God from our public schools. that was the beginning of the end.
Like you wrote, it's going to get worse much worse.