How Do You Tame a Bloodthirsty Monster?

It's interesting to see that these leaders of Muslim countries have had to restrain, handcuff and arrest their very own rabid, out of control,  fellow "religious" Muslims.
One sure thing every honest soul has to admit; This bloodthirsty religion is out of control.

The Jordanian and Saudi Muslim rulers admit it by their actions today.

How is it that the followers of the false prophet and the religion of hate and unparalleled violence can so easily accuse those who expose the truth about them of hate and/or Islamophobia ?
Easy, they have the evil western media working with them in the Father of Lies art of Taqiyya.

While perverted, lying Western leaders betray us and lie about the true nature of this evil religion (from it's inception) and tell us that this pure ugly Islam practiced by the jihadists is not Islam we see the truth daily in the hundreds of headlines across the globe.

While nefarious US President Hussein Jihad Obama has many Muslim Brotherhood members serving in his evil regime in Washington, Jordan's king is shutting them down.
Can you see how far down to hell America has fallen, or are you living in a delusion built on Obama lies ?
Pakistan, Libya, Iraq, Lebanon, Somalia if they expect to remain functioning countries will have to follow the example of Saudi Arabia and Jordan.

It's impossible, the monster, Islam, was birthed with a taste for bloodshed, even it's own blood.
Syria/Iraq/Libya/Somalia/Yemen/Afghanistan are Islam's pinnacle of destructive and genocidal achievement in this so called enlightened age.
There is no taming this evil monster.
Peace with it is a strong delusion.
If you want to live, you treat the cancer, you don't accept it and live with it.

It's the same today

Just as David killed the giant Goliath, while the rest of Israel and their military hid in fear and trembling, this raging, blaspheming, bloodthirsty monster will meet it's end. 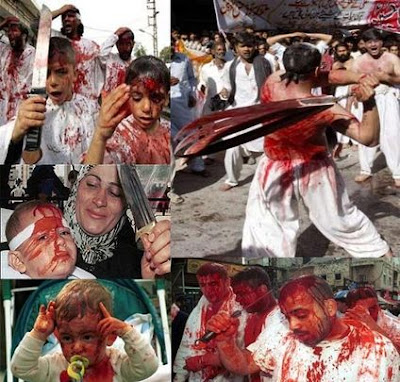 Seriously, any rational human being who respects and honors this evil religion is a blind fool, walking in the darkness (evil).


You've made a bad choice to be 'tolerant of evil' and will pay for it on judgment day.

That means most of our western leaders walk with the devil.
Posted by Marcel Cousineau at 8:37 AM
Email ThisBlogThis!Share to TwitterShare to FacebookShare to Pinterest

What a bunch of satanic criminals are running America! It's so obvious for any who care to see.

Thanks for keeping us updated.

Thay you for taking the time to comment.
We got to love the truth if we're going to make it.
2 Thessalonians 2:11

For this reason God will send upon them a deluding influence so that they will believe what is false, in order that they all may be judged who did not believe the truth, but took pleasure in wickedness.

13 But we should always give thanks to God for you, brethren beloved by the Lord, because God has chosen you from the beginning for salvation through sanctification by the Spirit and faith in the truth.


The truth is not popular with those who LOVE to walk in darkness and confusion.
Lies are their first choice on the menu ,that is why Hillary, Sanders and Obama are so popular with the wicked.

In countries of 'Christian' origin, you restrain your populace with laws, a small police force, a free press and a wagged finger or two. (Until, of course, they lose their Christianity.)

In Muslim countries, you restrain your population with an iron fist, a big police force and lots of executions.

Saddam Hussein was much better for Iraq and the Christians there than GWB and Hussein Jihad Obama have proven to be.

Who would of thunk it ?

I sure am glad that Jesus has given us a better and more real hope than this twisted planet headed for garbage pile.

Is that what happened to the planet Mars ?