Pay close attention to the closet Muslim in the White House and his speech at 8 pm tonight.

Obama's Taqiyya speech will be 110% propaganda to provide cover for his darling religion of  bloodthirsty terrorism and hate, Islam.

He is very terrorist friendly as his number one enemy are the armed, law abiding American citizens. Number two, Christian's who are awake and see his and his master, Satan's agenda.

Do you remember not too long ago when he told us all with a straight face that ISIS,ISIL, Islamic State was not Islam ?
This guy can lie like no one else and get away with it, thanks to his media whores and perverts.
He's even got Satan jealous.

If he really cared about you would he have released all those criminals from prison to prey on you again ? Why haven't they enforced existing gun laws ?
Why haven't they gone after the criminal gangs who are armed to the teeth, often better armed than the police with illegal weapons ?
is it because the criminal's in Washington protect their own fellow criminal's ?

Watch who and what he defends and who he attacks or abuses with his arrogant, demeaning scorn.
Islam is in his heart and this is why he cherishes and defends it as innocent blood drips from it's teachings and practicing Islamic jihadists onto our streets.
He wants our guns so we cannot defend ourselves from his invading hordes from hell.
Lets remember that this is the same man who released hundreds of thousands of criminal felons, illegal immigrants into our cities to prey once again on the America people. 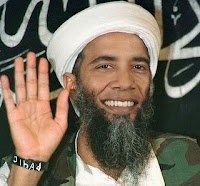 This is the same stubborn reprobate and pathological liar that gives Islamic refugees, terrorists more government benefits than he gives to American veterans as we saw with the Chechen, Tsarnaev brothers of Boston Marathon bomber infamy.
First thing to watch for in his speech is how he puts the guilt on non Muslim American's and the guns to shield his religion of hate and intolerance from any scrutiny.
Obama's slick game is getting old.
You will be made to feel guilty if you question the true nature of Islam as it conquers the world for allah.
The lies of Washington and their propaganda media that always cover up and protect this evil Totalitarian,Sharia system of Satan should be evident to you by now ?

By their fruit you shall know them

The reason they do this is because they (the godless left) are bed mates, birds of the same feather with the followers of allah.
They serve the same god, Lucifer in their strange and deviant ways.
As the jihadist in the Oval Office plans to bring this ISLAMIC jihad into every American city by way of his Syrian refugee Trojan Horse, increased visa's from extremist Islamic nations and Obama's ongoing open border's invasion.

Lets be clear, we are under attack, directed by the man with a pen and a phone.

The president's crafty and devious speech will resonate with the naive, the gullible and the dumbed down whose mush brains will be soothed by his crafty lies and smooth as warm, buttery words.
These are the sheep headed for slaughter who fell for the lies and trusted the slippery, slithering pathological liar in Chief.

It's almost impossible for me to listen to this deceiver extraordinaire.
If you plan to listen, I'd be prayed up, as his smooth, buttery words are as toxic to the soul as any deadly toxin is to our bodies.

I had to go outside the worthless, cover up, American Media to find this info...


Why has the FBI only talked to the straw buyer for the ISLAMIC terrorists and not arrested him ?


Is the reason why the FBI won't arrest 'straw gun man' Enrique Marquez who supplied the AR-15's to the two Islamic terrorists because he is part of Attorney General Eric Holders old Fast and Furious gun crew ?

Does he work for Obama, putting semi auto's military style weapons in the hands of criminals and terrorists as DOJ's Eric Holder was doing for his master Hussein in order to create many more false flag mass shootings with big gun's so he can disarm America ?
Are the media even investigating his background or is that off limits, a directive from their god in the Oval Office ?

The straw buyer transforms into the poor innocent, hospitalized victim.
I sure would like to see his DARPA file!

While Western Leaders Warn Us About Climate Change/ Global Warming

Posted by Marcel Cousineau at 8:30 AM
Email ThisBlogThis!Share to TwitterShare to FacebookShare to Pinterest

Outstanding article sir and you have Obama pegged. I have spent almost 8 years trying to tell my fellow Americans on social media sites what you have just said and Obama only got away with all this thanks to the MSM, Academia, Hollywood, Entertainment industry and most of our government who are complicit or afraid of being called racists. All americans must draw the line in the sand and never give up anymore of our Bill of Rights.

Thanks Jim,
Sadly most American's have drank the Kool-Aid and are under a trance headed for the house of slaughter.

It's guaranteed to get much, much worse because the people did not listen or believe you and the many others who tried to warn them.

His is a Moose Limb Usurper indeed

Amazing how quickly America transformed from light into darkness and how easily the devil captured this nation.

When God and the light of truth are removed ,darkness quickly fills the void.

Excellent article. I am not looking forward to what the Muslim in the Rainbow House has to say tonight. Heaven only knows what this psychopath has planned. I wish more people around me would wake up and figure out this "President" is a traitor.

God have mercy on us.

the time for sackcloth and ashes is upon us.
Repentance, sorrow and mourning time as God's judgments begin at His house.

This is what happens when a nation takes God out of it's society, It's schools, It's institutions. Chaos and the devil takes over. Unless America repents and brings God back into society, this nation will continue to spiral into oblivion!

Now now.....the Apocalypse is not quite here yet. I agree with everything I've read here tonight. We are a great nation. We'll survive this awful leader and go on to more greatness. Keep your chins up.

Let every nation with a capable armed military force who has been affected by terrorism no matter which terror faction it is by. Form a Massive 1,000,000 armed force with tanks, armored vehicles, bombers, attack helicopters, etc. And destroy them once and for all!!!! This isn't a tête-à-tête, this is a war.

And their state has formed and is growing, do we have to let more people die, because our leaders of the free world sit idley by? Does anyone truly feel that our governments and our leaders are doing enough? I don't feel as if they are. We are the people. We choose our leaders, the people within the boarders of ISIL living under their disgusting control don't. Let us free them so that they may choose leaders and hopefully they create a bright future for themselves one day, and may it lead to a republic or a democracy.
Let me know if you agree.

Hey,great article :) I'm at work right now,so I won't get to hear his speech until sometime later.I would like,if I may,speculate what the outcome of his speech might be.With this latest shooting(terrorist attack)in San Bernardino,California I suspect that he is planning on doing something that will go beyond anymore gun control laws.He knows as well as any of us that California has the toughest gun laws of any other state in the Union,and for all that those gone laws was as about a wart on your nose.I think(Just speculation,remember)that this shooting incident is going to be the catylist that begins funneling us towards a gun grab.It might not happen tomorrow,or maybe not a month from now,but I'd be willing to bet my next paycheck that,at the latest by the end of next year he will do just that.

As some people saw last night, his agenda is to protect his Islamic fifth column terrorists that he is importing into the country and target anyone who speaks about the TRUE nature of Islam.

You spend too much time playing fantasy games, WATCHING THE BOOB TUBE and going to Mickey Mouse world,
Like so many brainwashed American's you are clueless about the Bible and God's judgment on Sodom and Gomorrah America.

it's going to get much much worse. This is just nothing compared to what we will see.