As the new year approaches and people are busy with family, friends, celebrations, parties and shopping, the build up is under way.

NATO allies agreed on Friday to send aircraft and ships to Turkey to strengthen Ankara's air defenses on its border with Syria, the alliance's chief said.


"We have agreed on a package of assurance measures for Turkey in view of the volatile situation in the region," Stoltenberg said, although he avoided any reference to Russia's military involvement in Syria and its air incursions. 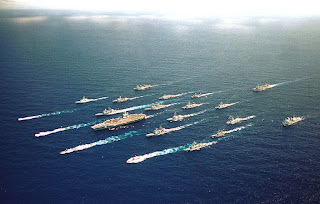 For some nefarious reason Obama/NATO want to get rid of Assad more than they want to get rid of Islamic State.
Obama and Turkey's Erdogan have made sure that Islamic State remains a strong and viable Caliphate and threat to non- Muslim, infidel nations.
Both have pushed this massive Islamic refugee migration, invasion into Europe and America.
That makes US/Turkey the bad guys here!


How does one crappy fox outfox the other crafty fox?

Can Obama outfox Putin with his latest military moves to defend Turkey from Russian retribution ?
Who will blink first ?
Reading between the media lines of confusion and obfuscation, it's clear that a major showdown is in the works between Obama and Putin.
Both men are playing for the 'top dog' slot and only one will come out on top in this major escalation against Russia over Syria that is being downplayed at the moment.

It's becoming a tinderbox since Russia has added more modernized weaponry and troops.
This is the real reason why Obama and NATO have sent in more war ships and war planes.
--------
USS Truman Carrier Strike Group Reaches Persian Gulf

The Truman is now in the Persian Gulf, supposedly to target Islamic State in Iraq and Syria with Obama's phony IS war.
The reality is that this is Obama's play to double up on Putin's latest military build-up to defend Assad.
As I wrote before, Putin's message is; Assad stays and Obama goes.
Russia will go to a hot war to keep Obama from doing to Syria what he did in Libya and tried to do in Egypt.

When the build up goes into hot war mode, Iran, as a close ally of Russia will easily take out our Carrier group, they've been practicing to do this for decades.
Our American equipped and trained ally Iraq (where we wasted trillions of dollars in Bush's failed invasion) will be on Iran's side against boxed in America.

The worst case scenario, Obama as Commander in Chief is before us.

Meanwhile Israel, having kissed and made up with Turkey, is working the southern flank.
This looks more like a concerted effort to thwart Russia's recent successful rescue of Bashar Assad from certain defeat. We're now going into end of game, Checkmate when it comes to Syria.


Syria and Russia will eventually answer Israel's attack on Damascus.


The building in which Kuntar was believed to have been residing was “completely destroyed” in the attack, according to initial reports.


Rocket shot from Lebanon into Israel

I commend Israel on removing Samir from the playing field, but they should have executed him long ago instead of making another of many very bad trades.
Weak Israeli politician's are always too quick to appease the enemy instead of defeat them.
Israel has always been terrible at negotiating prisoner swaps,land for rockets and jihad swaps  because Israel has been snared by the American idol she has placed before God.
That's Idolatry
This appeasement and always bending to lick Washington's smelly feet is a form of slavery to the plantation master.
God is going to throw a monkey wrench in this Pimp- Prostitute relationship.
I sure hope they replace the weak, groveling leader with a strong, unapologetic one.
____________

Posted by Marcel Cousineau at 5:26 AM
Email ThisBlogThis!Share to TwitterShare to FacebookShare to Pinterest

If you want to keep in touch please BOOKMARK Rebel Planet Dispatch to your favorites because feed burner no longer sends out notification emails to most subscribers.
Tell your friends and share this blog with others. Thanks !

Jordans King Abdullah Has it All Wrong

King Abdullah's bloody and oppressive religion is the reason there is no peace in the Middle East. Israel tried retreating and givin...