The Big Story Here Are All The Criminals in The FBI

The cover up of Obama's and Hillary Clinton's many crimes by the FBI is OBSTRUCTION of JUSTICE. A crime that regular people would be charged and sent to jail under, but in America there is no longer any equal justice.

The upper crust, elite criminals are above the law, lawless, protected by the corrupt system.

Will we see any real justice in utterly corrupt America where the media (and their treasonous Democrats they cover up for)  have become  RICO criminal organizations ?

After the defeat of Islamic State we have;

The New War in the Cursed Middle East

Peshmerga fighters from neighboring Kurdistan stationed in the village started engaging in a battle with forces from the Iraqi central government.

Between 700-1,000 Christian families have been forced to evacuate the village of Teleskof, an Assyrian-Chaldean-Syriac Christian town about 19 miles north of Mosul.

Thank you George W. Bush, none of this would have been possible without your invasion and overthrow of Saddam Hussein.

How does one moderate a big lie and a false prophet ?

Earlier Prince Mohammed had said: “We are simply reverting to what we followed – a moderate Islam open to the world and all religions.

You can't moderate evil, you have to pull it out from the roots.

Islam, it's roots from birth have always been bathed in bloodshed against innocents, violence, intolerance, hate, and genocide. 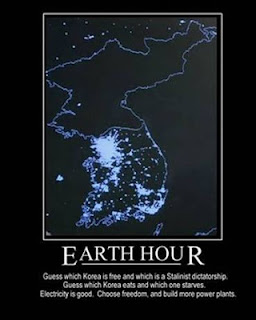 Posted by Marcel Cousineau at 7:44 AM
Email ThisBlogThis!Share to TwitterShare to FacebookShare to Pinterest

Moderate islam?? This joker has got to be kidding!

Then again, in this generation that is open to ANY lie that comes down the road, maybe he will get his lie to stick. Probably his backers in the U.S. will support him in his lie, and sell him even more armaments.

!,400 years have proven to all of the world what islam is. As you well stated, Butchery, Rape, Torture, slaughtering in the name of their Blood-Thirsty Demon god allah and the demon possessed Mohammad. Read the history. Read the demon inspired quran.

This guy is singing into the wind! The whole world knows what islam has been from its accursed beginning until now. This oil mogul is drunk on his own oil wealth.

May the LORD GOD deliver many muslims from the lie and death of islam unto the Light of the world, JESUS CHRIST, The Eternal SON+ of GOD.

May the LORD+ Bless you this day Marcel, and keep you safe. Samson7able <(((><

"Probably his backers in the U.S. will support him in his lie"

I'm sure he got the 'idea' from the USA.

Trumpster was there a few months ago to tell the Mooslimy world that Islam needed a reform.

It works every time.