Eventually We Will Get The LAST WARNING !

Only God knows how much time we have before the internet is unplugged.
I lost power for  a short time yesterday and was reminded of how fragile modern day life really is and how unprepared most of us are for a permanently down power grid.

There are many players working on this scenario to bring America down to destruction.
Eventually I will wake up one morning to post something and it will not be possible.


America is overdue for severe judgment !

I listened to another Skywatch / Mark Taylor youtube video last night and these false prophets and money changers in the Temple fleecing the gullible selling books for business and profit$ are busy, out deceiving God's people.


at  25 minutes, false prophet Mark Taylor says; 'God has denied the enemy's timeline', 'and victory after victory is coming' when judgment has already begun at the house of God and America.


THAT IS A LIE

The devil has no time line, it's all in God's hands, ALL OF TIME AND ETERNITY is under God's control and He is bringing judgment on the wicked at His time.

Judgment for sin, something these charlatans make sure to hide from those they are deceiving. It's all good, no judgment for sin is their message.

I wonder if the same deceiving spirits were selling the same lie in Noah's time to the doomed souls ?

At 26 minute mark Mary Colbert says ; 'we don't believe in doom and gloom.' , 'exciting prosperous times are ahead'. The same lies the false prophets of Jeremiah's day fed the naive who wanted their ears tickled instead of the truth. The deceived who follow lies instead of Jesus fall for these grifters who are about making money off God's silly sheep.

What she is really saying is we don't really believe God's word and that He judges sin.

Mary says ; "IT'S IN THE BOOK" another words you have to buy the book to find out their secret "prophetic" information. How easily the blind are swindled.

Could you imaging any of the Apostles or early church father operating like this. No way !


Doom and gloom is unavoidable for the wicked, the apostate, backslid, worldly church, and it's on it's way.

If you fall for this feel good deception you will not be prepared, just like the five foolish virgins of Matthew 25 who did not see the need to fill their lamps with more oil.

The crafty servants of Satan told them not to worry about any 'doom and gloom'. 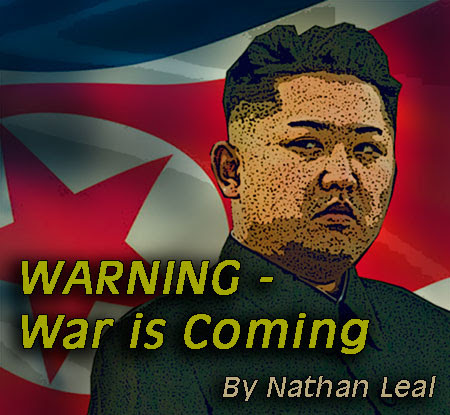 Ladies and gentlemen, as I write this, a massive psychological campaign is taking place in the West. The neocon elite have pulled out all the stops. They are using their influential resources to sell this war to you, including the news media, who are doing their part to prepare Americans for its arrival.
This report will reveal their plan for the coming war and the crash of the Dollar.
More at the link: http://watchmanscry.com/?p=6864
Share this very important information with you friends and family members. God Bless
Nathan Leal
Watchman's Cry

China called the US move "a serious political and military provocation" and said it would take "all necessary means to defend national sovereignty and security".

Posted by Marcel Cousineau at 8:10 AM
Email ThisBlogThis!Share to TwitterShare to FacebookShare to Pinterest

Marcel,
I have noticed the "False prophets " selling, selling, selling their books, DVD s, and who knows what else to a lukewarm, flesh pot church system.
It's mostly about saving America and all of our "Stuff", gold and silver, guns and ammo, and all our wealth.
You haver stated it right! GOD IS GOING TO JUDGE AMERICA. THE SHIELD OF YHWH IS GONE FROM AMERICA! THE STENCH OF AMERICAS SIN HAS REACHED UNTO HEAVEN.
EVEN NOW AMERICA IS UNDER A CURSE FOR ITS INCESSANT BLOODSHED AND MURDERING THE INNOCENT. THE LAW OF SOWING AND REAPING IS KICKING IN.
MAY THE LORD GOD PROTECT THE REMNANT, THE BODY OF HIS BELOVED SON+.
Samson7able <(((><

I wonder when the false prophets will tell us that God will
lead the homosexual and transvestite army to victory ?

Truly we are seeing the foolish virgins being led to a place where they are not seeking more oil for their lamps but are busy buying birdcage liner books in order to make the greedy fraud$ busine$$ book pusher$ richer.

these false prophets (beware them) are adulterers. they adulterate the Word of God.

It's amazing how easily the wolves slip into the sheep fold to merchandise the flock with their deals and pay to learn the latest secret knowledge of prophet Larry Taylor who gets paid by the sheep to lead them astray.

All that high tech glitter slick programming and lights along with the "ONLY $ 29.95" Book deals is an easy sell for the blind sheep headed into a doom and gloom of their making because they followed hucksters instead of the Lord.

Thanks for commenting bondo.